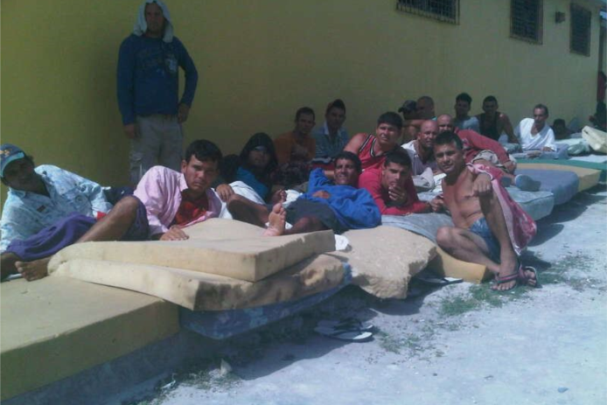 MINISTER of Tourism Obie Wilchcombe says the
latest steps taken against the Bahamas by a group of Florida protesters are cause for concern.

On Friday, after staging a silent protest outside the Bahamas Consulate office in Miami, Ramon Sanchez, leader of the Miami-based Cuban exile group Democracy Movement said there were plans to stage demonstrations at airports in Florida with flights to the Bahamas.

The Movement has also revealed it met with Carnival Cruise Lines and wanted to speak with the Genting Group Royal Caribbean International.

Branding this new round of demonstrations as “unacceptable”, Mr Wilchcombe vowed that officials will hit back to fight for the Bahamas.  He said that it as evident the Democracy Movement was aiming to harm the country’s economy.
Mr. Wilchcombe said: “We should ramp up our protests as Bahamians because what this man is doing is just unacceptable.

“What happened is unfortunate, but we have already said that an investigation is under way. They continue on this crusade but while the investigation takes place, he needs to accept the process that is
happening here.

“With these latest steps, it is clear to me that this gentleman does not respect us. I believe he is on a conquest to promote himself and his name.  “We will push back against this and what this man is trying to do to us.”

Mr Wilchcombe said he was hopeful major companies with invested interests in the Bahamas would not be influenced by the Democracy Movement’s actions.

“You are talking about corporations that have dealt with the Bahamas for years. They know the Bahamas, the know the attitude of the government, and they know the personality of the Bahamian people. We work
with them every single day.

“Hopefully we don’t have to worry about any repercussions because we are constantly looking for ways to improve the product of the Bahamas,” Mr Wilchcombe said.

The Democracy Movement also staged a ‘silent protest’ on Friday outside the Bahamas Consulate office in Downtown Miami.  Mr Sanchez said they aimed to highlight the alleged sexual assault of female Cuban detainees who had been held at the detention centre in Carmichael Road.

Around 40 protesters wore black bands covering their mouths, with handcuffs on their wrists and pictures of alleged abused detainees hanging from their necks.
View All Stories Related Stories
View All Photos Related Photos
View All Videos Related Videos