Bodies in ocean off Hollywood were Cubans, Coast Guard says 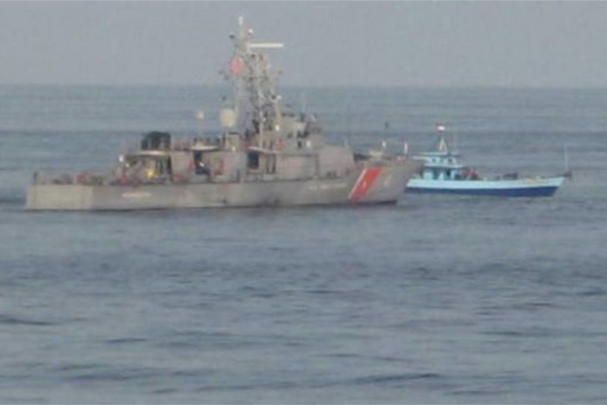 The bodies of four men found floating 23 miles off Hollywood beach six weeks ago were Cuban migrants who were identified by their tattoos and other clues, the U.S. Coast Guard said Thursday.

Family members in Cuba and South Florida helped identify them.

How the men died at sea was not known.

"There was never any debris or raft or boat recovered," said Marilyn Fajardo, deputy public information officer for the Coast Guard.

The Medical Examiner's Office said the men drowned. They were identified by their clothing, scars and tattoos, Fajardo said.

Sanchez said nine people, including a pregnant woman, left San Antonio de los Banos, Cuba, which is inland and south of Havana, in a homemade boat on Aug. 9.

"The families here contacted me around the 19th, after they did not hear from them," Sanchez said. "The other five people are still lost."

He said information about the men's identifying marks and photographs were given to authorities.

A surgical scar and personal effects helped a nephew in Hialeah identify one man. Tattoos on two others helped relatives in Miami and Cuba identify them, according to medical examiner's records.

"I appreciate what the medical examiner did," Sanchez said. "They worked very diligently to help the families. The relatives here suffer a lot. They can be elderly and have health problems that are worsened if their son or daughter is out there, and they don't know where they are."

On Aug. 24, two boaters reported separate sightings of two bodies floating in the ocean off of Hollywood Beach, the Coast Guard said. Its crew from Fort Lauderdale found those bodies and the remains of the two other men. A 24-hour air and sea search did not find other victims.

Coast Guard Capt. Mark Fedor expressed condolences to the families and issued a warning to anyone contemplating an illegal voyage to the U.S.

"Don't do it. Don't risk your life or the lives of those you love," he said. "Don't become the next soul lost at sea."

He said while the Coast Guard's primary concern is safety, "We will also prosecute smugglers to the fullest extent possible."

The Coast Guard says the number of migration attempts, interdictions and landings are at a five-year high as of Sept. 30, the end of the agency's fiscal year. 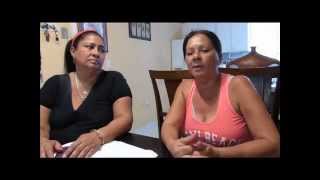