This Former Anti-Castro Militant Is Ready To End The Embargo 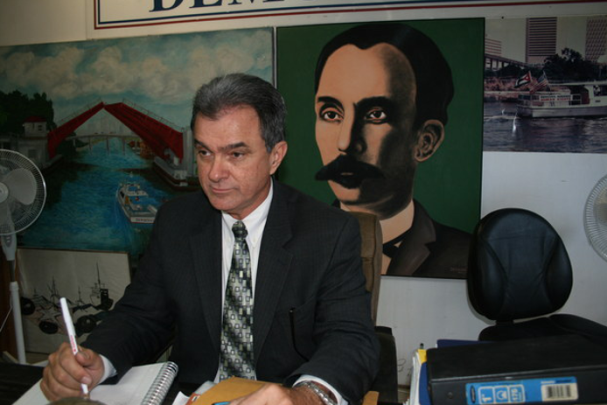 MIAMI — Three decades ago, Ramon Saul Sanchez was aligned with anti-Castro militants carrying out bombings and assassinations against Cuban regime figures. Now he’s ready for the embargo to end.
“I come from a tradition of armed struggle,” Sanchez told BuzzFeed News. “I spent four and a half years in an American prison. That gives me some credibility.”
From his teens into his early thirties, Sanchez belonged to militant groups responsible for more than 30 bombings and several assassinations in Miami and New York: Alpha 66, Omega 7, the Organization for the Liberation of Cuba. Far-right, armed to the teeth, and willing to go to any extreme to topple the dictator across the Florida Straits, these groups helped define the tenor of the exiled Cuban opposition of the time. In the 1980s, the heyday of Omega 7, then known as “one of the most active terrorist groups in the United States,” the subdued reaction of the Cuban-American community to President Barack Obama’s decision to normalize relations with Cuba would have been unthinkable.
Sanchez received a nine-year prison sentence in the mid-’80s for refusing to testify before a grand jury about the activities of Omega 7. He served four and a half years, during which, he said, he “meditated” on the question of violence.
Today, Sanchez adorns his office with pictures of Mahatma Gandhi and Martin Luther King, Jr. He is best known for leading massive nonviolent protests in 2000 against the U.S. government’s efforts to send child refugee Elian Gonzalez back to Cuba.

Even more surprising than Sanchez’s sharp turn away from violence is the position he has carved out as a lonely moderate voice in what remains of the hard core of the exiled Cuban opposition. Since his release from prison, Sanchez has been something of a bellwether for moderate ideological trends in el exilio, from his embrace of nonviolence to his championing of dissidents within Cuba (whom many in exile initially decried for not leaving the island).
Notably, Sanchez has long opposed the economic embargo that forms the backbone of the exiled opposition’s approach to American politics in relation to Cuba — a position he says he has always held.
“You tell me that the embargo is the way to a free Cuba, that it’s a tool to take resources away from Castro,” he said. “I’ll tell you that it’s only guaranteed the regime’s political success. Because they can present themselves before the world as victims, and they can tell their people, ‘That milk that you don’t have? That’s the embargo’s fault.’”
Since President Obama announced normalized relations with Cuba, reactions among ordinary Cuban-Americans have been varied, and muted street-level reactions in Miami reflect a long-brewing shift away from hardline exile orthodoxy. In contrast, leaders of Miami’s Cuban community have stuck to maintaining that any concession to the Castros is catastrophic and unacceptable.
National office holders like Sens. Marco Rubio and Bob Menendez, whose positions were shaped over generations of Miami-influenced politics, have done the same. Republican control of Congress ensures that despite the thaw in U.S.–Cuban relations and the removal of some restrictions on trade, the embargo itself will remain in place for the foreseeable future.
Meanwhile, Sanchez has been quietly suggesting that Cubans need not rend their garments, even while standing before television cameras right alongside the opposition leaders who denounce Obama as a traitor who sold out the Cuban people.
Sanchez does not exactly support Obama’s move. Like most opposition leaders, he believes that the United States gave up a number of huge concessions while the Cuban regime gave up virtually none, or at least none of substance. He asserts that human rights were treated as an afterthought in the agreement between Obama and Castro, and decries the fact that the Cuban people — “who should have been the protagonists on this stage” — were virtually absent from the process.
“We Cubans have a syndrome: defeatism,” Sanchez said. “We react far more strongly to what we perceive as negative, as a defeat, than to what we could react to as a victory. The question now is how to orient people’s spirits to not think of this as a defeat. There is a risk that the regime will use this to grow stronger, and that is a risk we have to face. But we also have to do everything possible to put the ball in the regime’s court.”
Despite his reservations, Sanchez believes Obama’s decision could do just that.
“For years they have been hiding behind the idea that they couldn’t help their people” because of the United States’ sanctions, Sanchez said. “And they’ve taken away that cover. So now what? What are you going to do?” 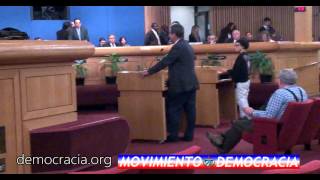